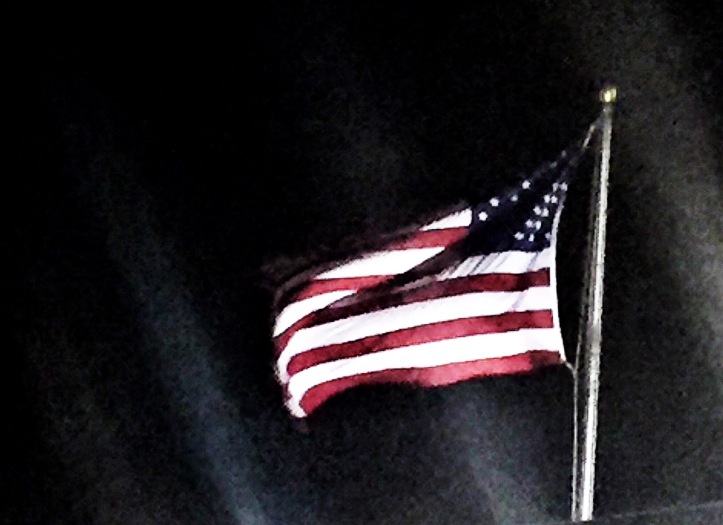 Despite my deep love of taking photos of flags, I am a bad American.

I do not get all up in arms over the latest political scandals.

I do not look forward to exercising my right to vote.

Let’s be honest, I watch election coverage with a dispassionate view and mostly just laugh at the stupid things people say. Sometimes I make fun of their outfits.

The problem I consistently run into  centers on the wide array of conflicting ideas I have about everything. I am neither liberal or conservative. I am not really moderate either. While I have a lot of opinions about “the issues” I just don’t care what these politicians think about them. I don’t know who I am politically. At this point in my life, I am not sure I care.

On the bright side, I watched coverage of the Iowa caucus and had a lovely time texting asinine comments back and forth with a friend.

I just don’t feel all that strongly about the election process. It seems like a bunch of standing around talking and never saying anything. I watched the debates and was not enlightened one bit about these “pundits” and their stance on the issues.

So, I am a bad American. Perhaps if I were more grateful for my freedom I would be a better citizen. Until that time comes, I am just going to watch the spectacle and go on about my business.

P.S. I know I should be more responsible and take a more civic-minded approach. The problem is… I don’t want to. I do not want to be responsible for making those decisions. I cannot even get information about what these people intend to do. All I ever hear is what they think about their opponents.

P.P.S. I would only be voting for the one I liked the best anyway. I have poor judgment. You really don’t want me choosing people because I think they are having a good hair day. Or do you?

P.P.P.S. The problem is really a lack of education for the voters. It took me a great deal of work to determine what these people see as the future for our country. Do all voters do their homework? Do they even know what they are voting for?

*** Rand Paul is one of my favorites. He seems like such a nice guy. I do not agree with everything about him but I like a lot of his policy ideas.

*** Why is everyone so mean to poor Jeb? I like him. I think I would like to have a conversation with him. He is so dry. I love it.

*** Why is Bernie Sanders so popular all of a sudden? Is it just backlash against Hilary? Or do people really agree with him? Isn’t he kinda old to be president?

*** I want the first female president to be cool as shit. None of those creepy suits. A touch less scary. (But, I love Bill. I don’t know why.)

*** I just wish these guys could come off a little less douchey. (Is that how you spell that?) Seriously, they need to get a grip, stop fighting, and come up with workable solutions.

*** Elections in general just confuse me.